A Fish Out of Water⌗

Ever since I was a kid, I had a deep appreciation and respect for the demoscene. I instantly fell in love with Starshine, Ice Frontier, and Bridge to the Universe. Never in my life did I think I would have an opportunity to mingle with the talented computer hackers, musicians, and artists that made up the core of the demoscene engine. But, back in 2008, it happened. This is my story. 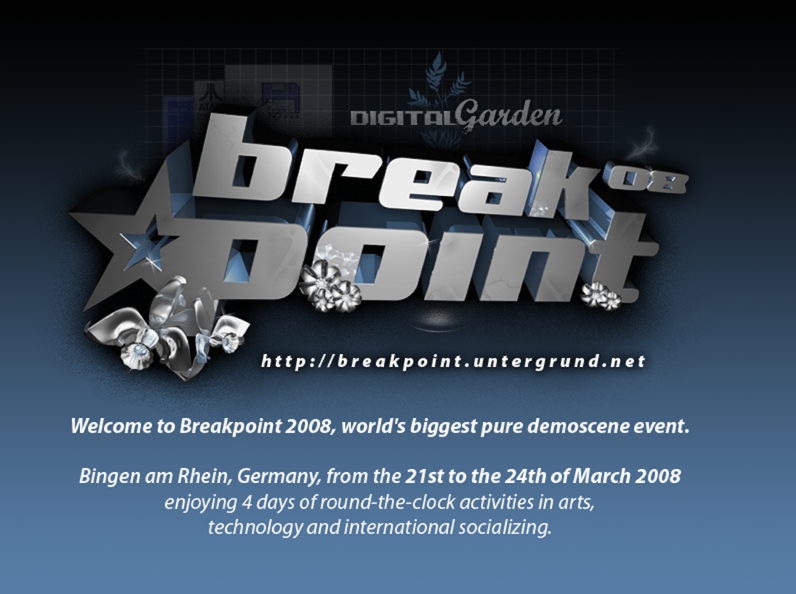 Ever since the mid 1990’s, I’ve been a fan of the demoscene. The only thing I had back then was a 386 with a couple megs worth of RAM and a few dozen megs worth of hard drive space. I was introduced to the demoscene by Damage on EFnet when he sent me a copy of Purple Motion’s “Starshine,” a tune that can still be found on my playlist to this day. I couldn’t really run any demos back then, my computer just wasn’t fast enough, but these days that’s not really a problem.

Back then I had troubles running a 16-channel S3M on my slow 386 (I eventually could do it by selecting 8-bit mono for the sound settings,) but now demoscene music composers just release their music as MP3 or OGG. What my full-size desktop 386 couldn’t play 15 years ago, a tiny ipod the size of a cigarette lighter can play without missing a beat.

These days, the biggest hurdle for me and my ability to watch demos in their native environment is the fact that I choose to run Linux instead of Windows. Fortunately, groups are releasing their demos in all sorts of various movie formats (including full-HD formats,) something that really wasn’t possible (or at least easy) even in the early 2000’s. Being able to watch a demo in full 1080p with the sound booming is a great experience.

Once I found out that I was going to Germany – something that came about by pure luck – I decided to do some research on whether or not there would be any demoscene events happening while I was there. As luck would have it, the biggest pure demoscene event in the world, Breakpoint 2008, would be occuring over the Easter long weekend. I had long read about these parties, legendary events where people code for days on end and get next to no sleep. I was excited to watch the new demo releases, listen to demoscene music all day long, and possibly to meet some people from all over the demoscene.

After weeks of waiting, the tension from 14 years of demoparty denial having built up to a fevered pitch, the day finally came. I took an InterCityExpress (ICE) train to Frankfurt Airport, where my intention was not to board an airplane, but to transfer to another train heading due west to Bingen-am-Rhein. 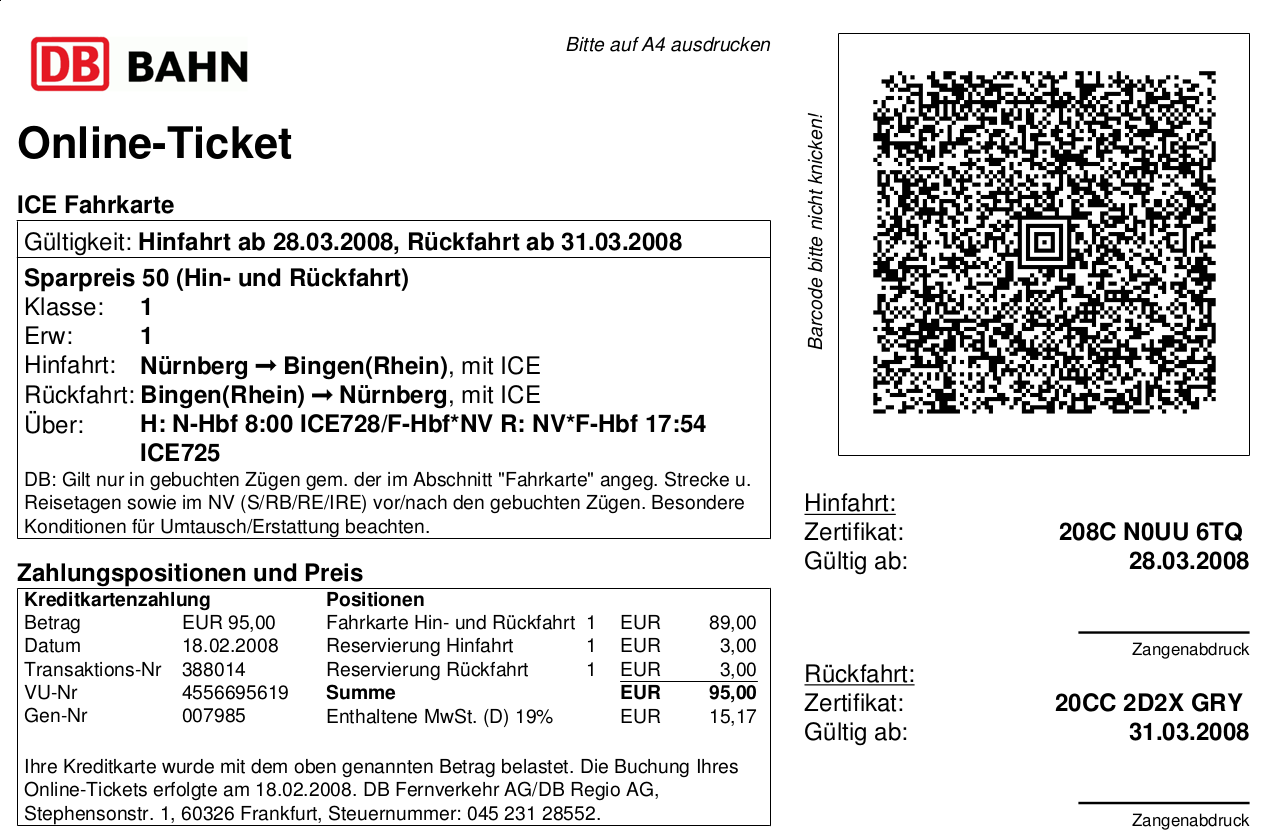 On the train to Bingen, I met a devoted, long-time scener and tried to strike up conversation. He asked me what production I was bringing to the show. Sheepishly, the best I could muster were my recent efforts working with Synchronet. You see, the demoscene is about contribution. It does not tolerate ‘consumers’ who do not contribute. Even fanatic demoscene consumers (such as myself) were considered lamers. Contribution was required to be a member of this community.

Bingen-am-Rhein could easily be considered the crown jewel of Germany. I checked into my hotel overlooking the river, taking a few minutes to watch the trains gracefully slink around the opposing side of the river from my room. Gorgeous.

I caught the Breakpoint shuttle to the demoparty location, where I stepped into the first demoparty experience of my life. The party was set up in a large sports hall, with tables lined up one after another, seats arranged all around. Two gigabit switches were placed on each table. It’s about at this point when I realized that I had brought no CAT5 cable with me, so I had to spend 5 Euro to buy a short cable from the front desk. No matter, it would come in handy later. 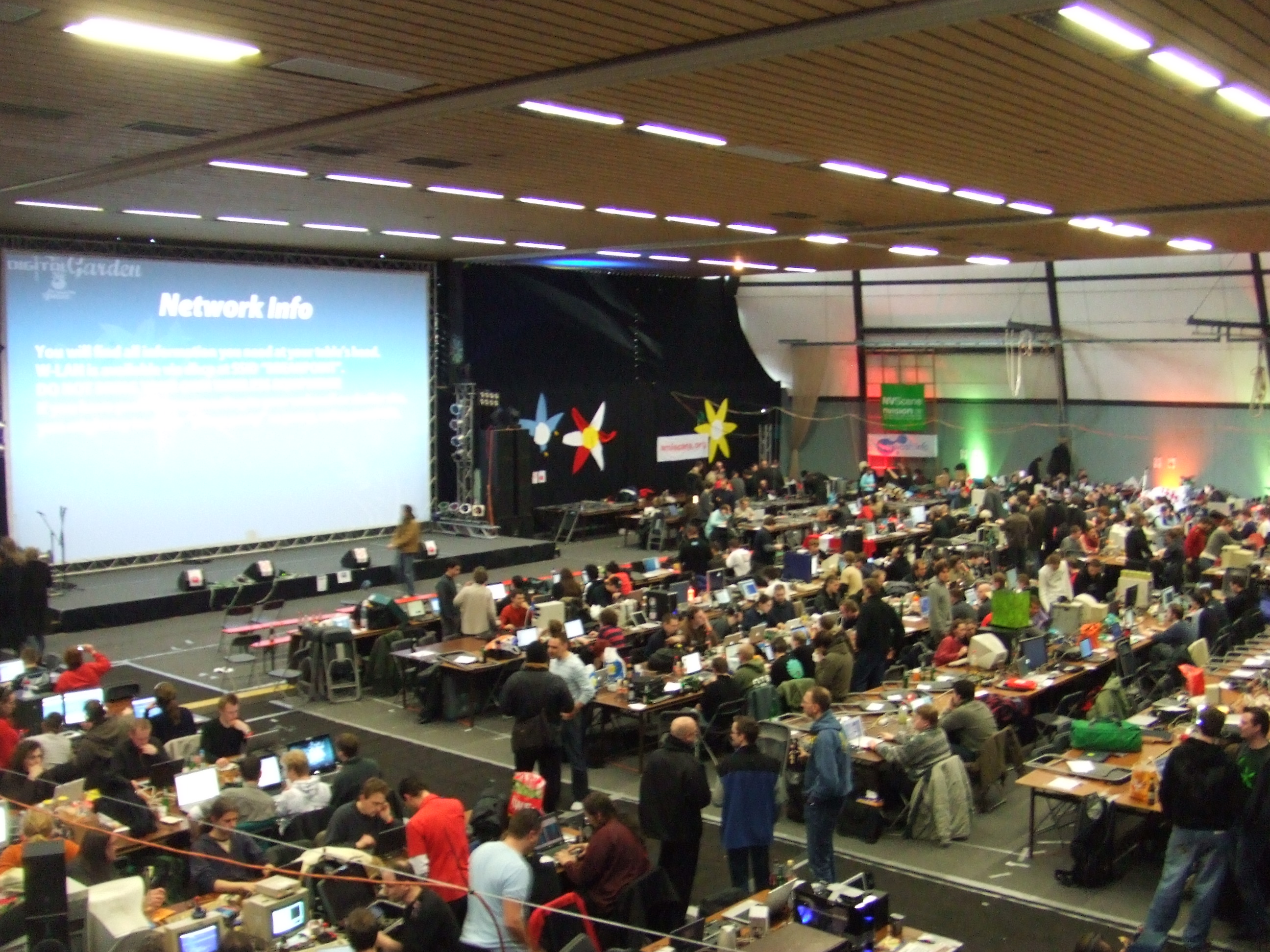 As I toured the tables trying to find a place to sit, I noticed that each seat had a sheet of paper in front of it marked with the group that was designated to sit there. “TRSI,” “Farbraush,” “ASD;” these were all some of the biggest names in the demoscene. The huge projector to the front of the hall was displaying announcements on a fancy slideshow program. As I prowled through the mess of tables and chairs, it was becoming increasingly clear that there were just no seats available — the papers with group names were everywhere. Then, an announcement popped up on the screen at the front noting that the papers were all meaningless; all empty chairs were up for grabs and there was no such thing as a reserved seat.

So, I sat down in a seat marked for “Still,” at the very end, so that I wouldn’t inconvenience the group too much. Of course, about thirty minutes later, the guys from Still showed up and weren’t too impressed that I was taking up one of their seats. I think the only saving grace in that case was the fact that I was Canadian — it’s just so rare for a Canadian to show up to a demoparty that I was a bit of a spectacle all unto myself.

That seat marked my life for the next four days. 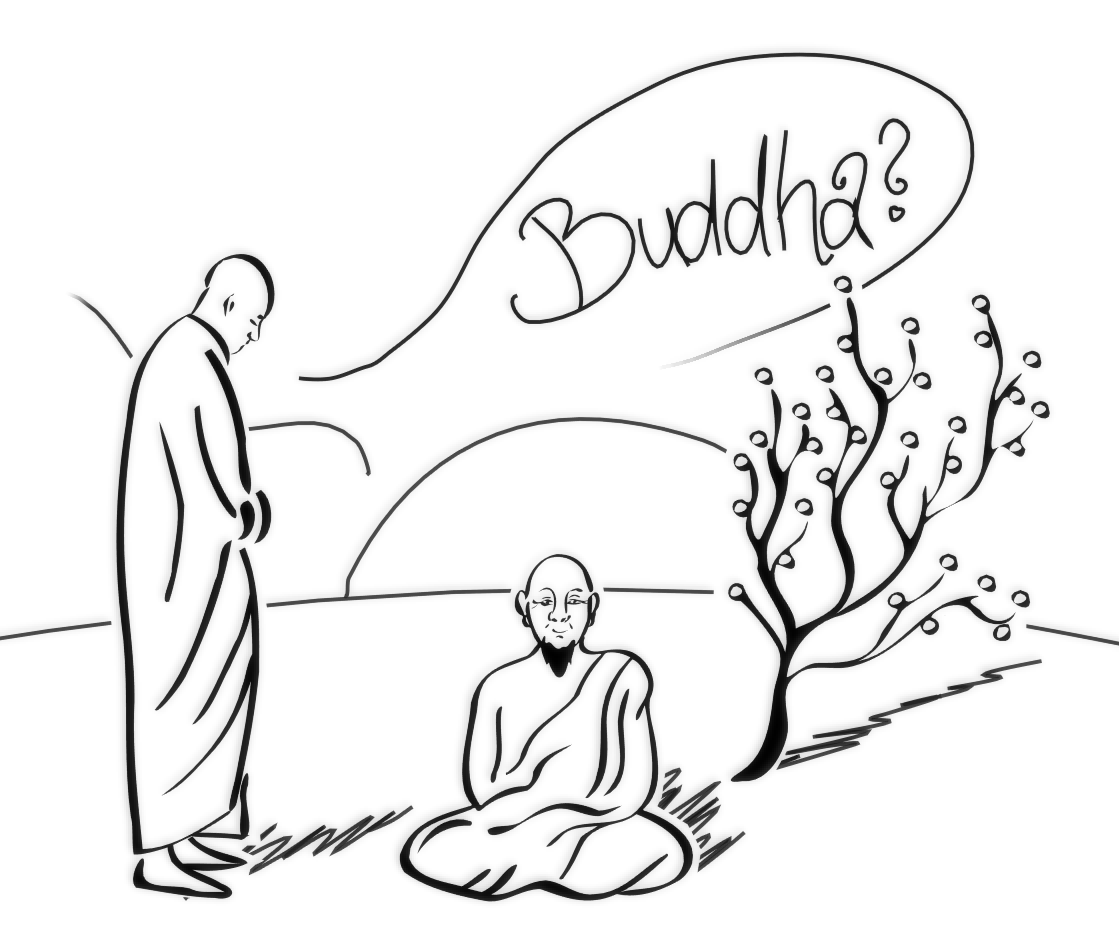 While I was at Breakpoint, I got to experience and witness some of the best programming talent on the planet. All of it was displayed in glorious 1080p for everyone to see. Farbraush wowed everyone with Masagin. TRSI showed off their ‘wannabee’ demo 2nd Element. The best I could muster was helping a kid who grew up in East Germany install a copy of XBMC onto his obsolete PC while the sweet tunes of “Remark Music” blared and coders more talented than I drunkenly pounded away at assembly code on their C64’s.

On the train back to Nürnberg, where my job as a “Microsoft Excel spreadsheet master” awaited, I felt inadequate. There was no way I could ever measure up to any of these people in my lifetime. They knew that too, but even so, they were polite enough to welcome me into their home for four days and have a glimpse at what they were up to. For them, Breakpoint was sacred ground, and they shared that with me. For that, I am eternally grateful.

A year later, I was watching the livestream of Breakpoint 2009 from home, where I was recovering from having my wisdom teeth pulled. This was where Rgba & TBC wowed the world with Elevated. 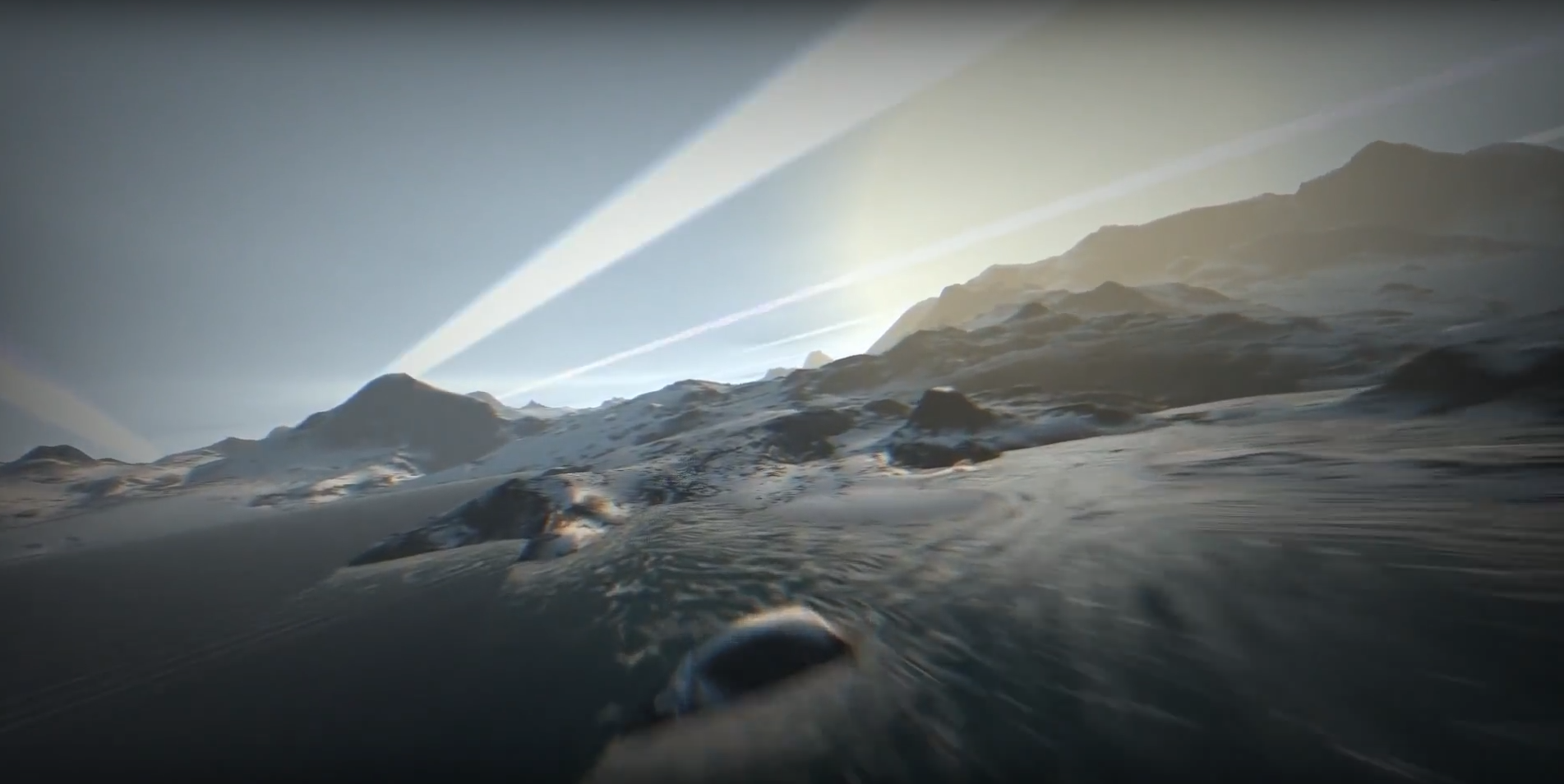 A year after that, Breakpoint was no more.