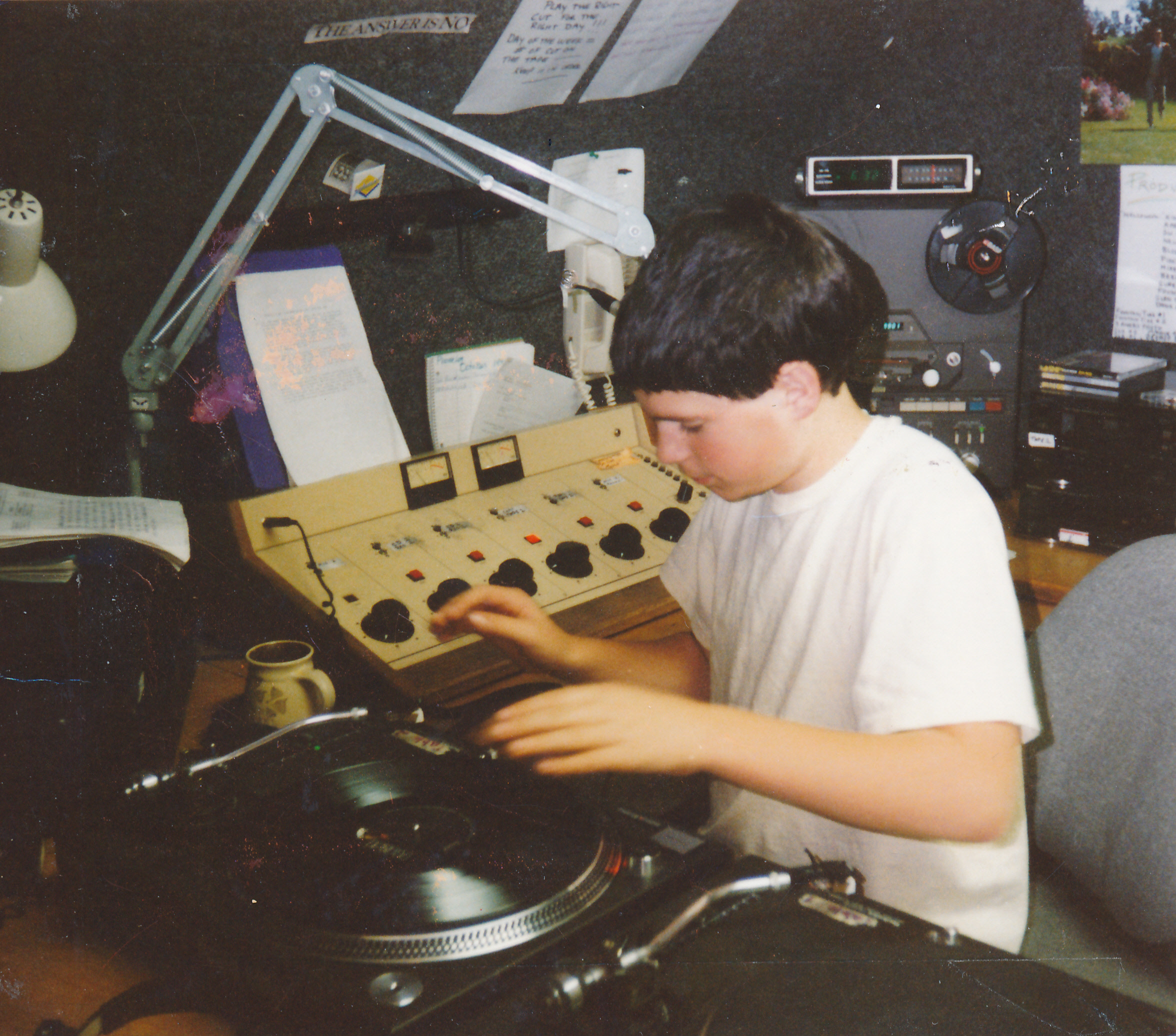 In 1986, Yvan Lebel noticed that teenagers around Pincher Creek had a problem: they were bored. Too much energy and nowhere positive to direct it. So, he met with a bunch of kids and asked them what they’d like to do. What kind of hobbies would they find interesting and fun? One idea that came from those brainstorming sessions was a radio station.

Building a radio station from scratch isn’t cheap, so in 1987 with Lebel’s help, the kids began fundraising for what they called “TEEN Radio”. By early 1988, TEEN Radio had rented offices on the top floor of Pincher Creek’s iconic Lebel Mansion, and renovated two rooms to become soundproof sound studios. As of 2020, those rooms are still there at the top of Lebel Mansion, and thanks to the soundproofing, they’re among the quietest in that wood-built century-old structure.

In October of 1988, the time came for TEEN Radio’s first broadcast. In a mall. A license to broadcast over the air hadn’t been secured yet from the CRTC, Canada’s radio regulatory authority, so the kids of TEEN Radio did the best they could: broadcasting over the PA system in Ranchland Mall. 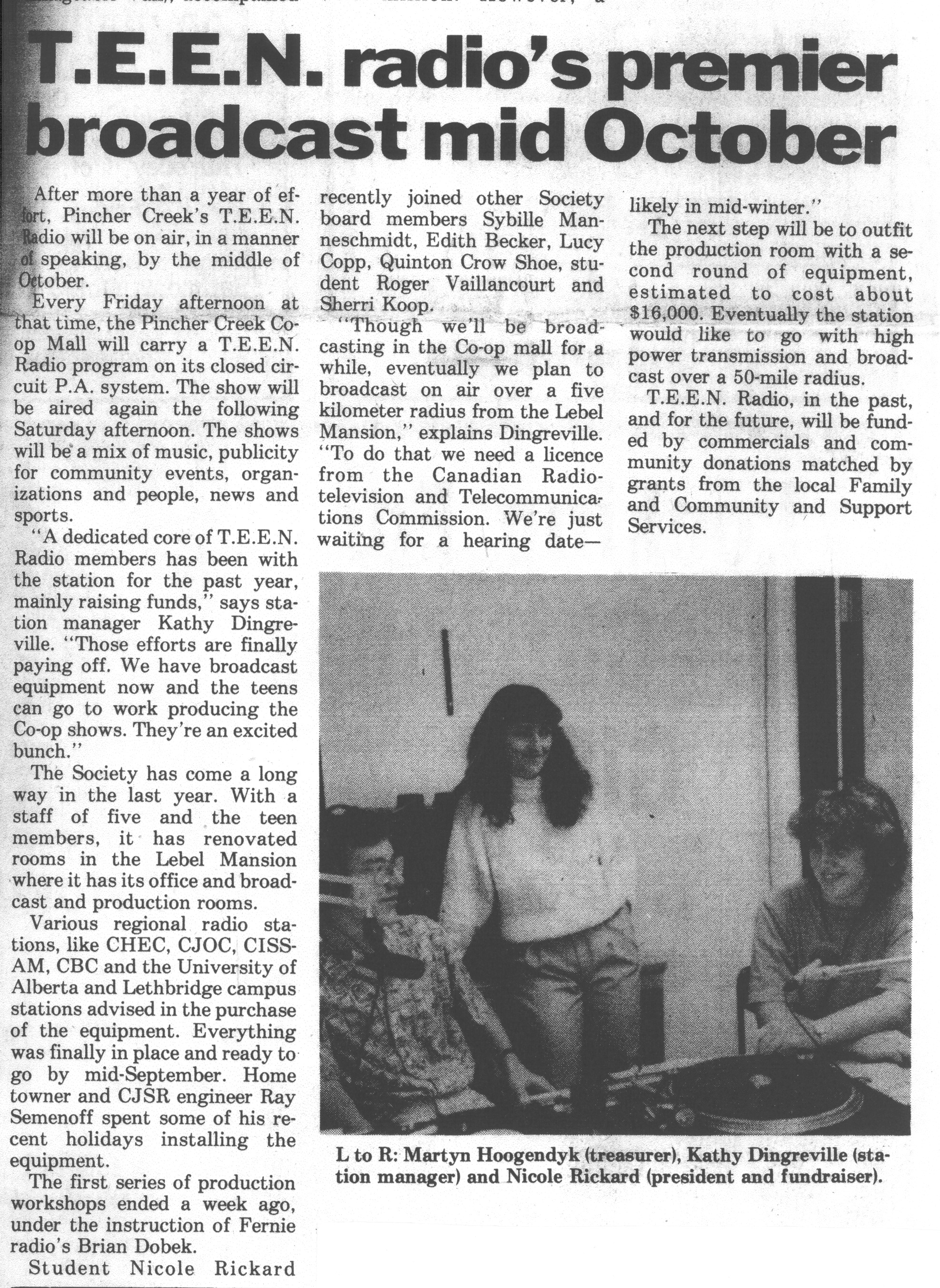 While the CRTC was meeting and debating the merits of issuing a broadcasting license, Kathy Dingreville (TEEN Radio’s new station manager) and the kids were busy fundraising. By early 1989, TEEN Radio had raised about $34,000. Local technician Ray Semenoff, a professional technician from commercial station CJSR, donated some time installing the station’s radio equipment.

On May 3, 1989, the CRTC issued decision 89-244, which granted TEEN Radio a license to broadcast at 90.5mhz using the callsign “CKIZ”. Power was limited to ten watts, and broadcasts were restricted to a maximum of 35 hours per week. The CRTC decision had a few things to say about the type of programming proposed:

T.E.E.N. Radio has proposed a community station broadcasting 35 hours per week and offering programming primarily directed to teenagers in the areas of recreation, communication, education, social awareness and creativity. The radio service, which will be oriented to the community of Pincher Creek, will include locally-produced French-and native-language community programming.

After much hard work, tireless fundraising, and preparation, it was a time for celebration. A CBC film crew made the journey to Pincher Creek to film operations, and the grand opening was held at the Lebel Mansion on September 8, 1989. A call for a different kind of donation went out: the need for rugs, furniture, plants and other furnishings to help spruce up the new but sparse-looking station.

The celebration didn’t last long, however. By mid-1990, the station changed its format from content almost entirely aimed at teenagers, to include some contemporary adult content. Dingreville, the station’s pioneering manager, left the station and Trevor Gerla became the new manager.

In 1991, the station abandoned its founding ethos entirely: no longer would the station focus on content for teenagers or have a staff comprised mostly of teenagers. The CKIZ Community Radio Society, a non-profit organization, was formed and promptly shuttered the station on May 17, 1991. The money had run out, enthusiasm and participation was at an all time low. A general sort of pall seemed to hang over the station and its dusty offices at the top of Lebel Mansion.

The station might have been off the air, but board members of the CKIZ Community Radio Society were busy in meetings. What to do with the station? Such a collection of equipment, and especially a broadcasting license with actual call letters from the CRTC were all worth something. The board members dismissed station manager Trevor Gerla and decided to embark on a new path for the station: commercialization.

Susan Kennard was hired as the new station manager in November of 1991. She brought with her experience running the University of Regina’s radio station. The board explained her task simply: turn CKIZ around and make it a successful commercial radio station. The direction may have been simple, but Kennard knew getting there would be difficult. When speaking with reporters from the Pincher Creek Echo, she figured the station had enough money to last until about February of 1992.

After turning the transmitter back on (only Monday through Friday, 8am to 5pm), Kennard completely redesigned the station schedule. It was time to give CKIZ’s image a complete overhaul. Professional DJ Brad Lang from Manitoba was hired to produce a professional morning show. In a controversial move, “Power for Life”, a religious program produced by local pastor Bruce Payne, was terminated by the CKIZ board. It wasn’t that the board had any problem with the religious content, the structure of the show just didn’t fit in with a station trying to focus on music and bringing in ad revenue.

The station managed to pull in enough money from ad revenue to make it past Kennard’s February 1992 deadline. The administrative offices were moved from the top floor of Lebel Mansion down to the ground floor, to increase its visibility to the public and give a more professional image. The broadcasting studios remained on the top floor.

CKIZ was now in an awkward spot. Traditionally, as TEEN Radio, it relied heavily on government grants and a combination of individual and corporate donations. Now as a commercial radio station, this cash was harder to come by. On January 28, 1992, Family and Community Support Services of Pincher Creek denied further funding of the station on the basis that the station was now a commercial entity. Kennard pleaded her case to the Pincher Creek Council on July 27, 1992 to no avail.

With charity donations all dried up, Kennard turned to her most valuable asset for raising money: the air. The “Friends of CKIZ” campaign was launched in August of 1992. Trying to convince the residents of Pincher Creek that the station was valuable and worth donating to proved to be difficult. Local advocate Susan Nelson wrote a ‘Dear Editor’ letter to the Pincher Creek Echo, venting frustration at how little people semed to care about the station. Professional disk jockeys Mark Lowrie and Tim Hitchner called themselves the “Dream Team” and made a point of fundraising around Pincher Creek while doing live broadcasts on location.

But in August of 1992, Kennard in an interview with the Echo said the station was running a deficit of $1,500 per month. If the Friends of CKIZ campaign was unsuccessful, the station would be out of business by the end of the month.

Meanwhile, in the broadcast booth, CKIZ was putting out some of its best content to date. DJ Fred Morris, who preferred to go by the name “Gonzoe”, would hitch-hike in to Pincher Creek from Lethbridge every Saturday morning to produce a classic rock show that became a local favourite. On the weekdays, professional DJ Brad Lang piloted a morning show that wouldn’t sound out of place in Edmonton or Vancouver. The Dream Team of Hitchner and Lowrie created great chemistry on the air. Stan Ashbee Jr., son of local musician Stan Ashbee Sr., aired a popular contemporary rock show. CKIZ actually started to sound like a professional radio station. What a lot of people don’t know now, and definitely didn’t know back then, was that “Dream Team” DJ Tim Hitchner had a secret. While CKIZ was teetering on the verge of becoming a professional radio station, Hitchner was grappling with the distribution of Brocket 99. This was a racist parody of a fictional radio station in Brocket (a mere 15km away from the CKIZ offices) operated by first nations DJ Ernie Scar. Hitchner produced the tape in 1986, with himself playing the role of Ernie Scar, and never expected the tape to be distributed. Despite its racist content, the tape quickly became a cult classic in Canada and was widely copied. Hitchner passed away in 2011.

On September 8, 1992, the CRTC approved increasing CKIZ’s broadcasting hours from 35 per week to 70 hours per week. The Friends of CKIZ program managed to rake in $7,500, and Alberta’s Wild Rose Foundation granted $30,000 to the station on the promise that the station would feature more local content.

In 1993, CKIZ won the Standard Radio Award of Excellence for Community Programming. Kennard flew to Sudbury, Ontario to accept the award on the station’s behalf. 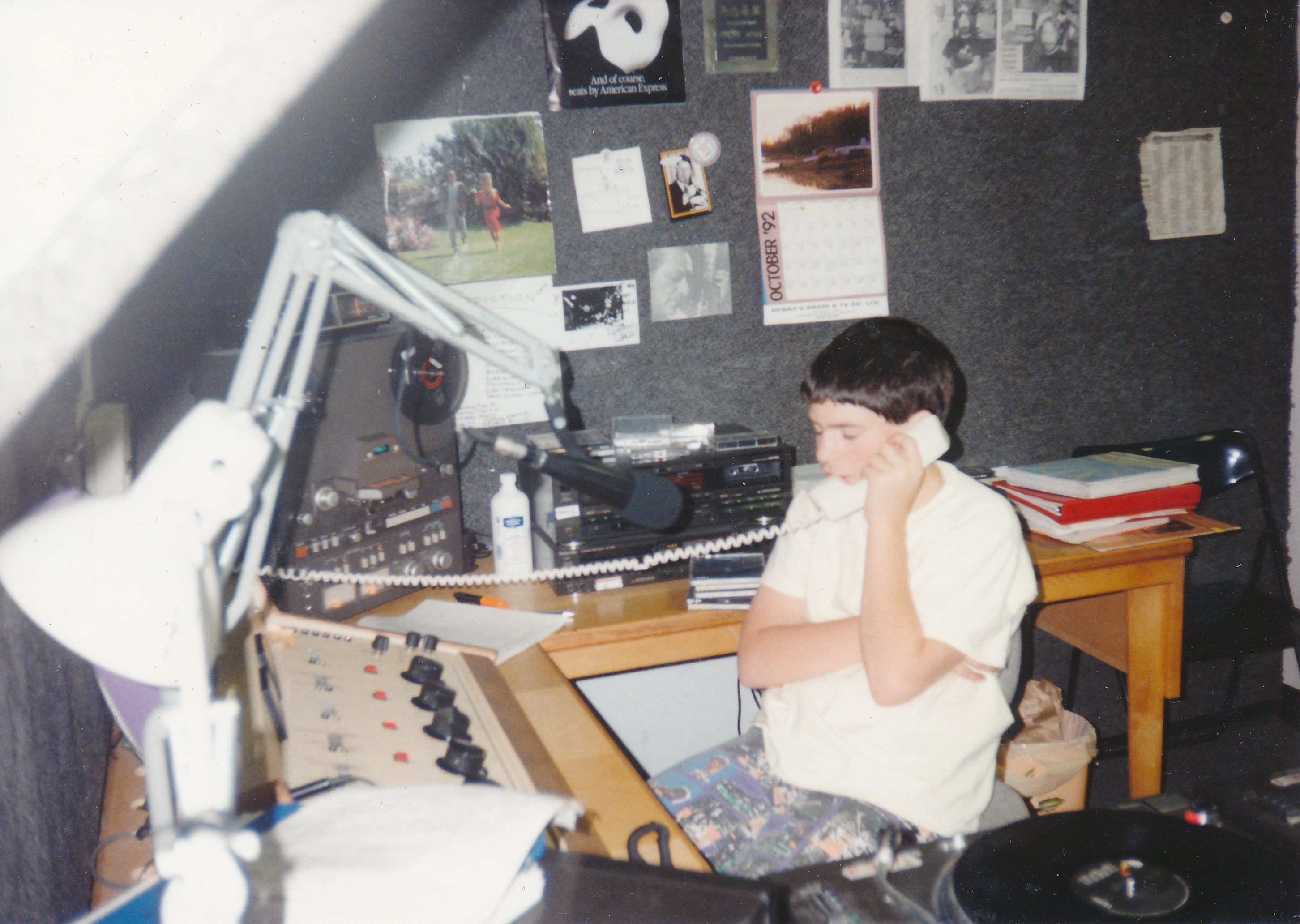