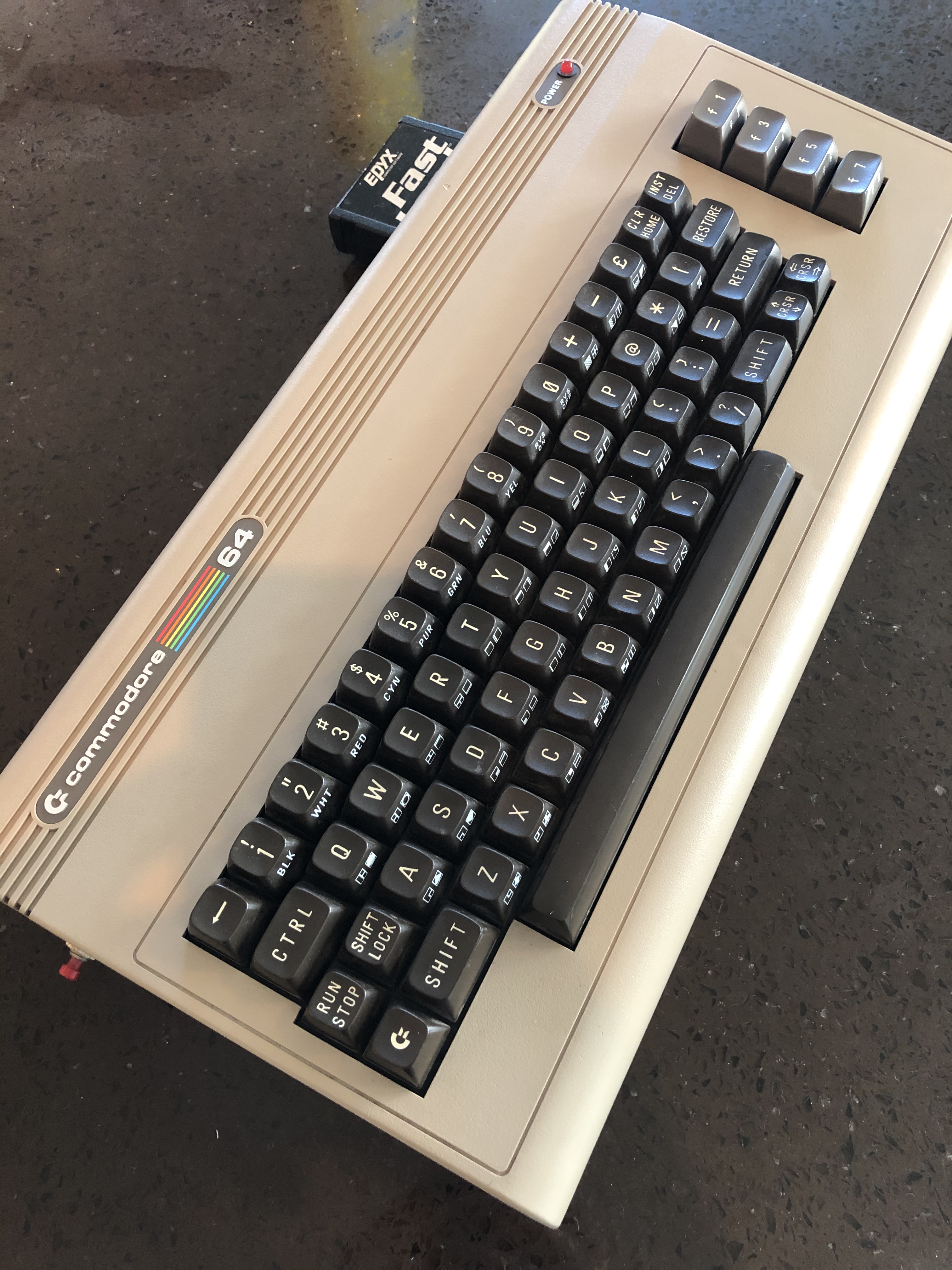 The first computer I ever owned. Decades later, I enjoy repairing and modifying these as a hobby. Hopefully keeping track of my progress will actually inspire me to get these all done.

Silver label, very low serial number, 326298 board, Revision A. Bought second hand in College Station, TX. It’s clearly been refurbished at least once before by the prior owner(s). Here’s what it looks like they did:

My goal with this unit was to restore it to 100% working condition as advertised in 1982. Apparently 326298 boards are worth more if it has all original 1982 components, but that wasn’t my goal here. I want to use this machine as it was intended to be used. That meant replacing components as they die or become incompatible. For example, the PLA included in this unit was notorious for causing cartridge compatibility issues, so that’s been replaced with a modern PLAnkton.

Here’s the current state of things:

Installed metal heatsinks on all of the above except for the PLAnkton.

I also replaced C48 and C93, since these caused the diagnostic cartridge to fail the SID for not being able to read the paddle potentiometers properly. This is a common problem with 326298 boards.

Changed the location of VR2 to sit on top of the video section metal housing. Later model C64 boards had beefy heatsinks for this, but this early revision does not. Used some thermal paste under the regulator to help with the conductivity.

Modified the video section metal housing to accomodate above, plus allow regular height capacitors to stick through, and use standalone heatsinks on the VIC-II.

Installed metal heatsinks on all IC’s.

Installed SD2IEC Internal w/ mounting bracket. I’m not sure if I got this printed with the wrong type of plastic or what, but the retaining brace at the end of the bracket snapped off very easily. I’ve held it all together with hot glue, which seems to work for now, but I might need to upgrade to something that binds better (such as superglue or epoxy).

This machine is my main go-to machine when playing games. Used in combination with a Framemeister.

Todo: Replace the unused RF box with something like RFOUT!

This machine also has some weird problems with color changes happening every now and then. It also doesn’t load things correctly 100% of the time. I suspect this might be a problem with the 74LS373, similar to Jan Beta’s issue here.

Missing PLA and SID. Some rust, mostly on the RF box, and has screws that penetrated through the bottom plastic shell.

Todo: Might be a candidate to fix and replace the RF box with something modern?

A/V output has a resistor soldered to it, probably to improve S-Video output. VR1 salvaged for another machine.

Passes the dead test, but no video.

Fails the dead test, no video. In good condition.

Passes all tests. In good condition.

Todo: A lot of chips without sockets, so probably need to re-socket everything.

Has a sticker on it that says “dead IEC bus”, but I haven’t tested it yet.

Empty shell, no idea where the board went. It was probably a 250425 based on the serial number.

250425 board, has some busted pastic underneath. Metal RF shield/heat skinks intact.