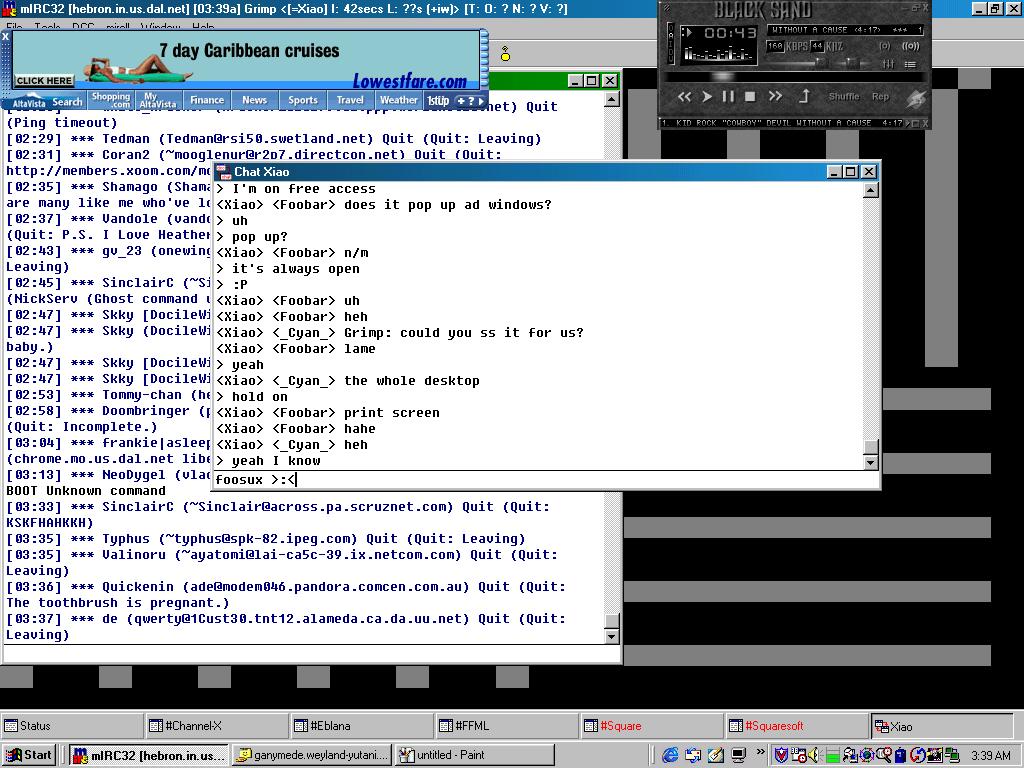 I’ve been on IRC since 1994. Still am. Odds are pretty good I’ll be there until the day I die. As a kid growing up in a small town, the ability to talk to anyone from anywhere in the world about any niche subject I was interested in was powerful. I learned more about computing from people on IRC than I ever did in any school.

For a few months I was admin of DALnet’s dragon.dal.net before the server owner pulled the plug. Spent some time as an admin on EsperNet, where I acted in ways that I’m ashamed of. These days I don’t have much interest in actually administering IRC servers anymore.

There was a time when IRC was pretty leading edge so far as Internet technology goes. Simple things like DCC file transfers and actions (the famous /me command, or 0x01 ACTION) made the base protocol more useful. These days, the likes of Discord, Slack, and Riot all do a better job. They integrate rich media, voice chat, and just look and perform better overall. That’s unfortunate. IRC had a long time to innovate, but from where I’m sitting it looks like the last real innovation on IRC was NickServ.

IRCv3 looks promising. It features capability negotation and message tagging, opening up the possibility for actual rich media on IRC. A few IRC daemons exist out there using this new protocol, which is great to see. It’s got a long way to catch up with the likes of Discord though, but in the name of an open, distributed Internet, I hope the IRCv3 working group gets there.