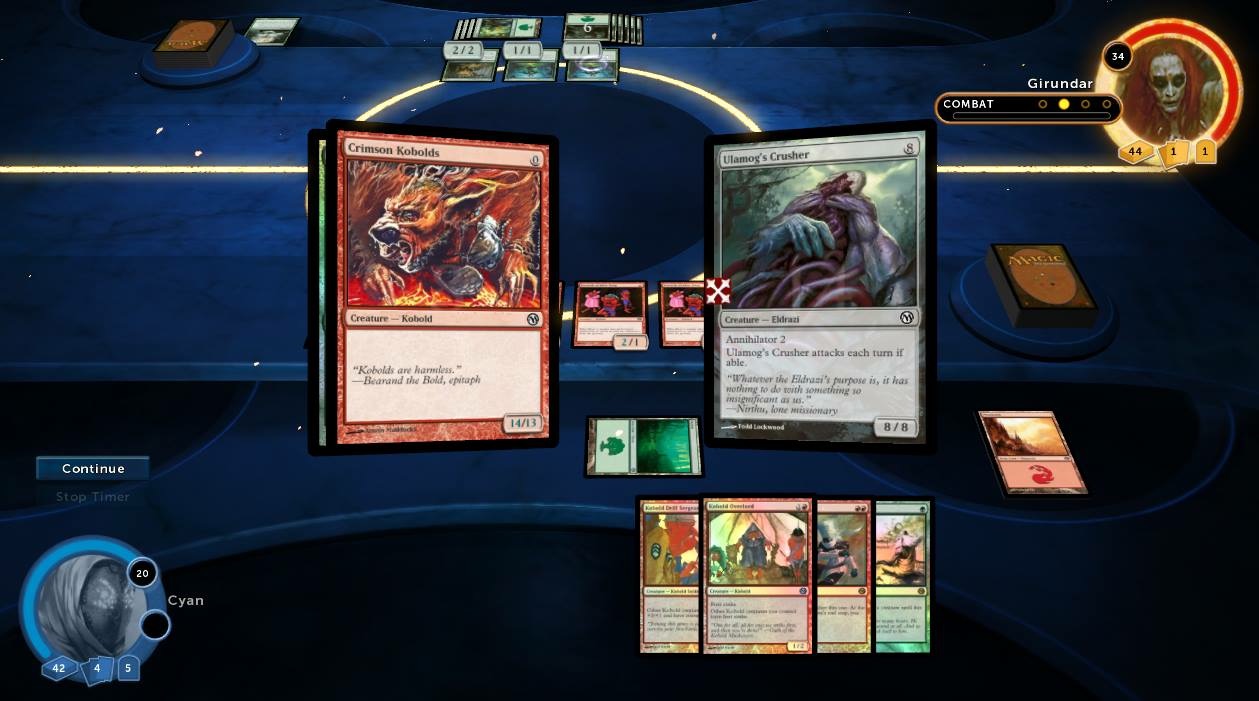 I’ve been playing MTG since the release of 4th Edition in 1995. I was a super casual player back then, but my fondest memories were of 40-card decks (the minimum legal deck size at the time) slinging it out in huge multiplayer games on the kitchen table. Cards like Sol Ring, Royal Assassin, Demonic Tutor, and Swords to Plowshares were all staples in this early multiplayer casual “format”.

It wasn’t until the release of Khans of Tarkir that I started to play competitively. My best competitive results were a day two showing at a Modern Grand Prix, and top eight of a Legacy tournament at a LGS. But playing competitively in MTG is difficult. The truth is, I’m not that skilled at the game, and knowing my own limitations I decided I was happy with these competitive results and shelved those decks.

That leaves Commander, the best format in MTG. There’s nothing better than an afternoon of playing this format with friends, enjoying a beer or two, and the laughs that go along with it. These are my favourite decks in order of most favourite to least. Rank has nothing to do with power level, just how much I enjoy playing it. Countermagic, turning cards sideways, disruption, and removal. This just ticks all the boxes for me. It’s not as powerful as a lot of other builds out there, but this build lets me play a very strong Grixis Control game.

A pillow fort deck that has rightfully been called a stax deck a few times. Stop my opponents from doing what they’re trying to do, then win with something like Approach of the Second Sun after they’ve been locked out. This deck tends to go very long - games lasting three hours or longer aren’t uncommon - so not a good choice for quick games. I like the flavour of this deck a lot too.

I play this deck when I want to relax and turn cards sideways. Ramp early, spawn a bunch of tokens, and get in. If it doesn’t work out - oh well. Very easy to play and not too many decisions to make. Hazezon is a commander you don’t see too often, so it’s fun to play for the surprise value, too.

I didn’t have high expectations for this when it was first released, but boy does this deck have legs. It’s an interesting combination of control and aggro, and it seems to ‘get there’ in ways that surprise me.

Deceivingly powerful aggro deck, and also very relaxing to play. Not too many decisions to be made here, just turn cards sideways and slam.

This Sultai Control deck tries to play things at instant speed. It’s built on a backbone requiring Alchemist’s Refuge, Vedalken Orrery, or Leyline of Anticipation. A little frustrating to play against once I reach the endgame: having all your shit bounced with Capsize over and over while I slowly grind my way to a win is not fun. If it wasn’t for that, this would be higher up in the rank for sure.

I love colorless decks, I love Eldrazi, and I love control shinanigans. I’m surprised I don’t play this more often, I should definitely tune it up. Gets targeted often since Eldrazi are scary, and rightfully so.

Discard deck. My favourite card from M19. Not fun to play against once I make you discard all your cards, but usually it’s all over shortly after that. I was surprised at how powerful this is.

Kobolds are my favourite tribe, but the problem is, they suck. They’re really bad. This is the only deck that lets me play them. I’m wary of playing this since it was formerly a top tier deck and widely hated among Commander players, but with power creep, it looks like I might be able to start playing this with some regularity.

This “lucky charms” deck isn’t too powerful, maybe 6 or so. It is fun to play, and Ramos does power up very quickly if left unchecked. I bring this out when asked to play a more casual commander.

My ‘go-to’ deck when asked to play CEDH. Very decision heavy, and little decisions have huge impacts. You really need to know what your opponent is doing to pilot this properly. Every time I play this, I end up learning something new about it, the deck just has that much strategic depth.

The top tier CEDH deck. I don’t like combo decks, but at least this is easy enough to pilot and has some interesting control characteristics too. I play this in CEDH games where I’m not in the mood to concentrate as much as would be needed to play Derevi.

Currently an experimental deck. It seems like Diaochan’s ability should make her the ultimate politics commander, but it rarely works out that way. Besides, trying to build a mono-red shell that isn’t aggro is difficult. I do enjoy experimenting with this, though.