This was a project that allowed anyone on the Internet to instantaneously deploy an old DOS-based bulletin board system from their web browser. The board was then reachable on a TCP port that anyone could connect to.

In the above example, a stock PCBoard 15.0 BBS was reachable at sysop.menu:4163.

A collaboration with echicken, it was meant to light-heartedly poke fun at the glut of stock Synchronet boards. It seemed like what people enjoyed most about Synchronet was clicking through a Windows installer to be able to say “I’m a sysop now!” What better way to feed that urge than by having a website that lets you do the same thing with a couple clicks? 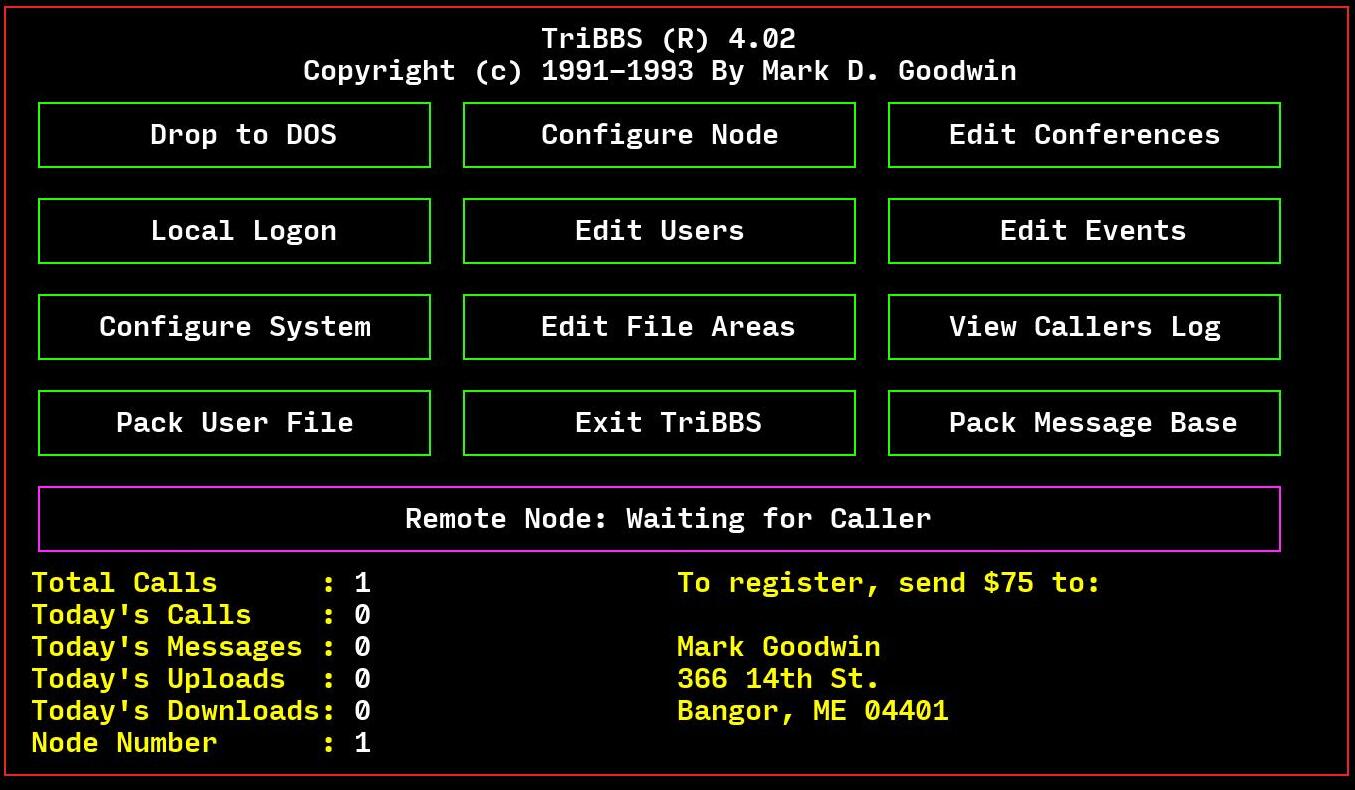 While echicken wrote the Node.js frontend that made this possible, I was busy at work writing a patch for Bochs. Bochs lacked a virtual modem that a lot of other emulation packages have (for emulating ‘AT’ commands, modem ringing, dialing, etc.) DOSBox has a very comprehensive virtual modem but wasn’t enough in this scenario since it doesn’t support file sharing, an important feature of running an old multi-node BBS.

Furthermore, a lot of emulators had trouble running old software at old PC speeds. The infamous Turbo Pascal “Error 200” is a perfect example of this. Bochs, on the other hand, was able to emulate an older 486-class system perfectly.

Another nice thing about Bochs was its fairly complete rendering of the emulated console to a modern terminal. The above screenshot is from a modern terminal running Bochs on the TriBBS “waiting for call” screen. This is important because it makes Bochs easy to run on headless servers via SSH.

You can download the patch here. It adds two serial modes to the existing ones in Bochs:

This patch is hackerware! I’m not a skilled C/C++ programmer and I’m sure that’s obvious to any experienced programmer reviewing this patch. It may contain security problems, use at your own risk. 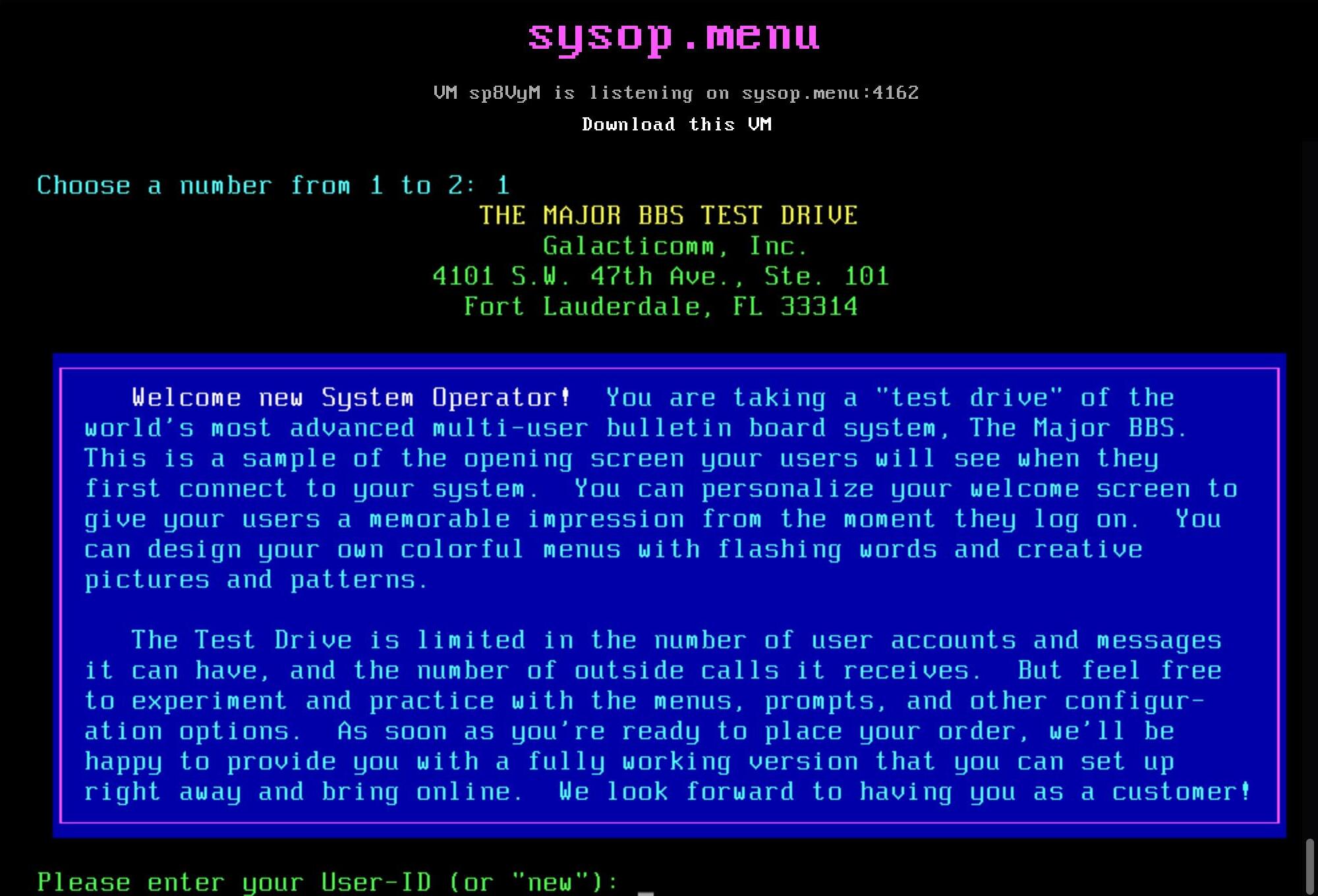 So what were the goals of sysop.menu, exactly?

The site ran for two years with barely anyone using it. The warmest reaction came from the museum camp: people connecting for a few minutes, saying “oh cool!”, reliving their memories, then disconnecting and leaving the instance to sit.

Anyone wanting to create a board of their own would use Synchronet or go through the hoops to run a DOS board themselves. Nobody saw sysop.menu as a platform to create something.

The site was also badly misunderstood by the BBS community: most were confused about why the site existed or what made it different from how things have been done in the past.

Here are a handful of generated disk images from the project before it closed. You should be able to use these in any modern emulator to instantly deploy a DOS-based BBS that responds to a virtual modem on COM1.

No pirated software is used here. All of these images use FreeDOS 1.2 in conjunction with shareware or “test drive” versions of BBS software.